Welcome back as elder statemen clash

Thank goodness yet another enforced International break is over and we can get back to enjoying our club football.

First stop for West Ham will be a trip to Goodison Park on Sunday, to face Everton in a game with more than a twist or two involving the two managers. 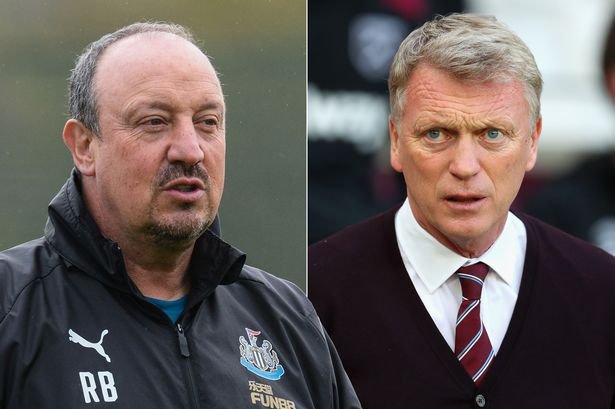 David Moyes and Rafa Benitez are two of the Premier League’s elder statesmen, who in a quirk of fate could easily have been facing each other this weekend from the opposite bench.

Rafa’s name has previously been linked with West Ham on more than one occasion. Back in 2015 BBC Sport claimed the Spaniard was two hours away from accepting the West Ham manager’s job, before Real Madrid stepped in for his services, and ultimately Slaven Bilic was installed at Upton Park.

His name was said to be in the frame again when Manuel Pellegrini’s job at the London Stadium was coming to an end. But in the event the call went out to David Moyes to come back and take on the job.

The rumour mill even clicked into gear once again with Benitez’s name to the fore when Moyes was still to put pen to paper on the extended contract offered by the Hammers last summer. Thankfully those rumours were just that and David signed on the dotted line as he’d always intended to do.

Likewise David Moyes has more than once been rumoured to be eyeing a return to Everton, where he had previously enjoyed such success as a manager.

Most recently when Carlo Ancelotti departed Goodison at the end of last season, the call eventually going out for Benitez to come and manage on the blue side of Stanley Park.

Two years earlier in 2019 when Marco Silva was relieved of his duties after a disappointing spell, the bookies had Moyes as one of the favourites to take up the vacancy.

David Moyes has made no secret of his affection for Everton, but on Sunday he will be fully committed to getting West Ham back on track after the disappointment of that last gasp defeat to Brentford.

The Hammers will be looking to avenge the damaging smash-and-grab raid the Toffees made at the London Stadium last May. Despite having the lion’s share of the play, a Dominic Calvert-Lewin breakaway goal was enough to secure all three points for the visitors. A shock result that in the end denied West Ham the points that would have ultimately seen them finishing fourth in the league and claiming a Champions League spot.

This weekend would be an ideal opportunity for Tomas Soucek to get his goal scoring prowess back again – remembering it was his 86th minute strike on New Year’s Day 2021 that earned us all three points in the corresponding fixture last season.

A win would put us level on points with Everton, who like us have started the season in positive fashion. Despite having approaching 60 years of managerial experience between them, Moyes and Benitez are proving they’re as enthusiastic as ever about their football – whichever bench they are sat upon!

← Down to earth Fornals takes budget way back from Spain duty!
Irons kid at centre of penalty drama →
Click Here for Comments >