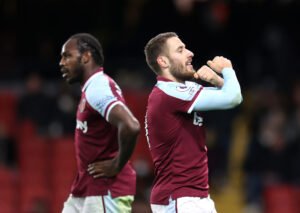 West Ham are reluctant to send Nikola Vlasic to Torino on the terms wanted by the Serie A outfit.

The Hammers have been forced to accept that signing the attacking midfielder was a gross error at £27 million and  – as reported – are happy to let him leave.

Torino are keen to take the Croatian on a straight loan deal but the Hammers aren’t prepared to accept those terms.

The club would of course much prefer a permanent arrangement even accepting  it means taking a loss on the 24 year old despite him having been given little opportunity to show what he’s got after being used exceedingly sparingly during his year at the club.

The Hammers however, are ready to accept a loss on the £27 million but would also accept a loan deal with an obligation to buy at the end of the season.

Talks will continue but there will need to be a cash transaction somewhere down the line for it to happen.