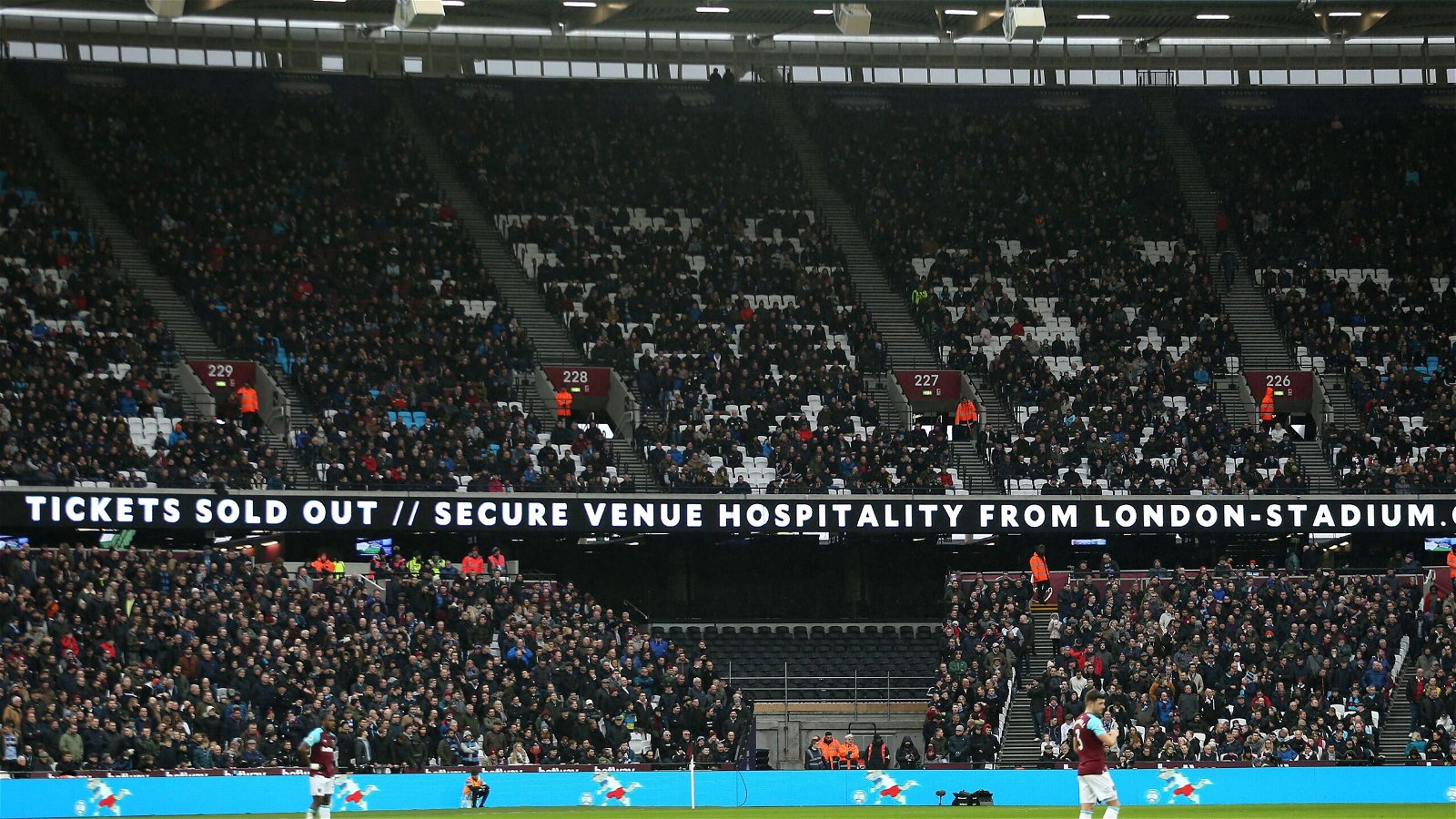 The board minutes of the London Legacy Development Corporation in September this year reveal the number of those attending the West Ham v Leicester City game on 23rd August was 47,000 compared to the official attendance of tickets sold of 59,901 that was released.

The white seats show up obvious gaps of missing supporters in all West Ham games but the real number of bums on seats is rarely revealed.

The London Stadium revealed “Premier League football returned to the London Stadium for the start of the 2021/22 Premier League season, with a close to capacity crowd of 47,000 spectators watching West Ham United beat Leicester City on 23 August. The Stadium team, along with LLDC teams such as security and marketing and communications, worked hard to ensure a match day event which was safe and well organised.”

The absence figure represents almost 22% of the 60,000 capacity of the London Stadium but works out 29% of the estimated 45,000 season tickets assuming these are the main category of non-attendees.  If these seats had been re-sold on ticket exchange for an average of £40 that would raise over £500,000 per game of which around half would be credited back to supporters in the form of club cash. Those tickets if all sold could raise another £10m per season with around £5m credited back to supporters.