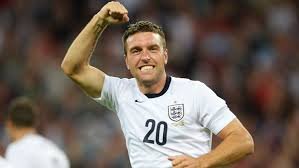 West Ham manager Sam Allardyce hasn’t given up hope of signing Rickie Lambert on loan from Southampton next month.

Claretandhugh can exclusively reveal that the Hammers have inquired about the England striker and that he remains at the head of their wanted list.

Southampton haven’t turned a possible loan deal down for the striker who has been on Allardyce’s radar since last summer and who would have attracted a bid of up to £8 million had the club not moved for Andy Carroll in the summer.

Despite being second choice to Dani Osvaldo for part of this season, Lambert has managed eight goals for the team this term but we understand that the south coast side are in the market for another unnamed striker and may let the front man out on loan.

Allardyce believes Lambert is the solution to his side’s scoring problems which have seen them sink into the relegation places following the continuing absence of Andy Carroll.

A club source told us exclusively: “Rickie has always been high on our list of preferred targets – we have to have better than we’ve got.

“But it’s about everything falling into place at the right time. If Saints get the striker they want, we have a decent chance on Lambert.

“We have about ten targets. Rickie is right up there. Another might well be Nicklas Bendtner were Arsenal to make him available.”

← The moment I believe it all went wrong!
Hammers back Sam again as Mackay sacked →
Click Here for Comments >