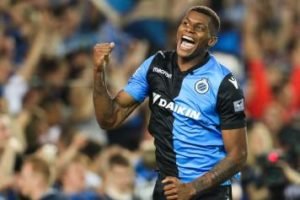 Brugge star striker Wesley Moraes  is again being linked with the Irons in a new round of transfer window gossip.

The 22-year-old grabbed 17 goalsfor the Belgian outfit last season as well as providing an impressive 10 assists through his impressive link-up play.

Agent Paulo Nehmy has now told The Laziali that Newcastle United have been in talks about a move and that the Irons have displayed some interest.

However, with Rafa Benitez’s future still to be resolved, the Newcastle move won’t happen just yet anyway but the striker’s adviser insists West Ham are still in the loop.

He said that we have been looking at the player regularly and that a switch is not out of the question.

Wesley was spotted crying at the end of the final game of the season against Royal Antwerp suggesting that he could well be on the move this summer and that may have been his last game in Belgium.