9pm Monday: Moses deal well and truly back ON! 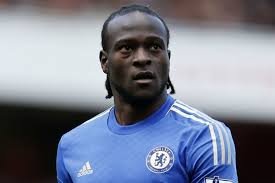 West Ham’s hopes of signing Victor Moses have soared over the last couple of hours with ClaretandHugh being told the move is well and truly back on.

Indeed our best source at the club has told us exclusively there are now just ‘is’ to dot and ‘ts’ to cross with the deal being 90 per cent complete along wtih the one for Nikicia Jelavic..

At this stage of proceedings with deadline day approaching nothing is ever written in tablets of stone but the negotiators are nowmuch more confident that Moses will plump for us as his third loan club since joining Chelsea.

As reported earlier on ClaretandHugh the one year loan deal will cost the Hammers in excess of £5 million and that includes a £2.5 million loan fee and wages of £70k a week.

Our source confirmed that both Spurs and West Brom made advances to the player and his agents but that the Irons are now happy that the deal will be done and believe they have seen both clubs off.

Manager Slaven Bilic has also been told he can have Nottingham Forest’s  Michail  Antonio  if he ants him but the boss is having a long think about that one being unsure he is worth £7 million.

13 comments on “9pm Monday: Moses deal well and truly back ON!”