Abysmal ratings for an abysmal performance

Posted by Sean Whetstone on January 30, 2019 in News, Whispers 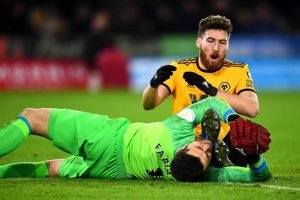 Claret and Hugh readers continued to give some of the lowest ratings ever for West Ham players in yesterday’s game against Wolves.

Only Fabianski stood out as the man of the match with an average score of 8.17 despite letting in three goals.

No other player scored in the eights, sevens or even sixes with every other mark a five or below.

Declan Rice was top of the fives with a  score of 5.64 followed by Pablo Zabaleta on 5.2

Robert Snodgrass was top of the fours with an average score of 4.59 with Issa Diop on 4.46.

Top of the threes was Michail Antonio on 3.96 followed by Felipe Anderson on 3.9 then Angelo Ogbonna on 3.79 and finally Mark Noble on 3.57.

Top of the twos was Marko Arnautovic with 2.74, Pedro Obiang was next on 2.68,  Javier Hernandez received a dismal score of 2.51 while the worst score this week was reserved for Andy Caroll with an abysmal score of 2.31.

As Manuel Pellegrini said they can’t get any worse, or can they?

4 comments on “Abysmal ratings for an abysmal performance”