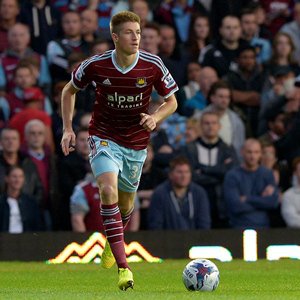 Adrian has revealed how impressed he is with the irons’ newest first team recruit – teneager Reece Burke.

And the Spanish stopper explained how he encouraged his throughout the game against Queens Park Rangers.

He said: “I kept on telling him he needed to concentrate for 90 minutes and also have confidence in himself.

“He is a very quiet lad, but that is normal when you are young and go into the first team. He needs to keep going and fighting to stay in the team.”

Burke insists that the youngsters at the club are made to feel a part of things at first team level.

He said: “It is not just the likes of me or Josh Cullen and Reece Oxford. There are a number of under-18s who train with the first team too.

“We are altogether so I don’t think they look at is in a different way at all.”

He admits wanting the youngster to get another chance but quickly added: “It would be nice, but that is not down to me.”

← Howe an Irons target …..BUT!
Hammers talk on Gignac →
Click Here for Comments >