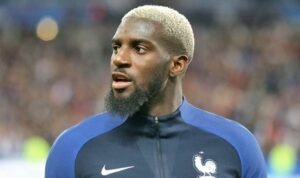 Chelsea’s out of favour midfielder, Tiemoue Bakayoko is the latest player to be linked with the Irons.

Bakayoko has spent the season loan at Monaco and is set to return to Stamford Bridge with an extremely uncertain future ahead.

He made 21 appearances for the French outfit so far this term but has made just 24 for Chelsea since arriving at the club in 2017 scoring a couple of goals along the way.

Per Le10Sport, have claimed the Hammers are interested but with his record showing that he has yet to announce himself as a serious Premier League player and with finances less than uncertain currently there are more than elements of oubt surrounding the report.

Added to that is the fact that the Irons are well off for midfielders and David Moyes is certain to be looking in other areas once he’s in a position to do cash or player plus cash deals when the window finally opens.

Much will depend of course – as stated on numerous occasions – which league the Irons are playing in next season.
Permalink

One comment on “After Sanchez Hammers linked to Chelsea midfielder”