Moussa Marega would be open to a move to England this summer.

The Porto striker has consistently been linked with a move to the Premier League and the Hammers have regularly been touted as a possible destination. 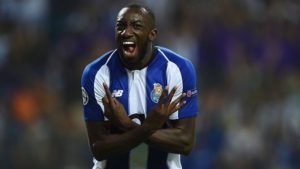 Back in 2019, Sky Sports claimed that he had been offered to the Irons by the Portuguese giants but no move materialised.

He now appears to again be on the hunt for a new club as he seeks to take the next step in his career.

And his agent has confirmed that a move to England would be ideal for the 29-year-old.

He told A Bola, as quoted by Sport Witness: “Marega is looking for a good project at FC Porto or in England.”

The report states that Marega had agreed personal terms with the Hammers over a move last summer, and there has yet to be an offer for him in this transfer window.

Nevertheless, it seems that he is desperate to move, having scored a total of 60 goals in 145 appearances for the club since joining them in 2016 from Maritimo.

← Hammers young gun taking his chance
Newcastle on horizon – is this the starting line-up? →
Click Here for Comments >