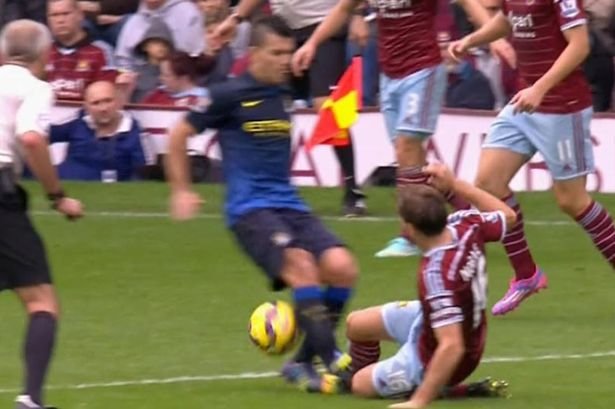 A late tackle went unseen by referee Martin Atkinson but TV showed the extent of the vicious challenge. Because Atkinson took no action, Aguero  could face a ban when the incident is reviewed.

“Mark was complaining about it at ­ half-time. It was a dangerous tackle and the referee was right in front of it.”

If the FA decide to punish Aguero, he faces a three-match suspension and if he admits the charge and the ban is imposed this week, he could miss the Manchester derby at the Etihad next Sunday.

← West Ham – a club of pure romance and class
Poll: Can the Hammers qualify for Europe? →
Click Here for Comments >

3 comments on “AGUERO MAY FACE BAN AFTER NOBLE “CHALLENGE””