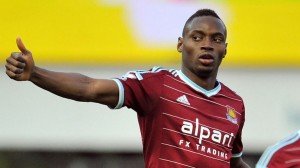 Sam Allardyce has explained his thinking when eaving Alex Song and Diafra Sakho on the bench at Chelsea yesterday claiming past injuries as the reason!

Many were shocked when the club’s two most influential performers both failed to make the starting line-up.

And when they did finally appear after anj hour, the improvement in the team’s previously lifeless display picked up by probably 50 per cent minimum.

“I’m sure they’d have played very well today, but come picking them on Sunday, it might have been very difficult when we considered how they felt.”

Speaking to the official website he added: “We’ve got two games in 48 hours, so people have got to change and rotate their team because you have 22 players that you need to use during any particular period.

You can’t just use them when you’ve got an injury or suspension, that’s not the done thing today.

“Some of our players were, in our educated opinion, not capable of playing two games in 48 hours. We made only three changes, one (the injured James Tomkins being replaced by James Collins) was forced on us, while the other two I have explained before.”