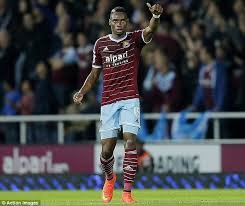 Sam Allardyce has made it clear that both Diafra Sakho and Stewart Downing are among his injured players ahead of the match against Everton.

The manager – asked about Sakho’s likely involvement in this morning’s press conference – said: “We don’t know yet. He only got back last night so haven’t had time to assess him yet.

“We’ll be looking at him today and make a decision soon. Obviously we don’t have too much time before the Everton game on Saturday so it’ll be touch and go.

“It’s a problem every manager faces after international duty. Stewart Downing came off at half time with a knee problem as well so we have to monitor that one too.

They’re both two players that have been in top form for us. Sakho’s goals and Downing’s performances are two of the reasons why we’re fourth at the moment.

“We need to be very careful with both players because we don’t want to take any risks with their long term fitness.”