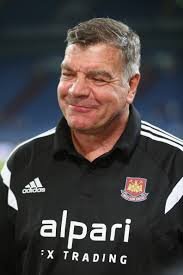 Sam Allardyce has told Wayne Rooney he was far too obvious in hacking down Stewart Downing implying a simple trip might have seen him get away with his crime.

Allardyce said: “Wayne made it too obvious. Instead of doing what some players do when their opponent gets away from them, which is just trip them up and get a yellow, he just hacked him down. It looked pretty bad from where I was.”

Diafra Sakho however is getting better and better with every game and at £2.5 million looks the buy of the season.

Allardyce said: “Sakho is looking great, isn’t he? He could have had a hat-trick and he has scored again.

One comment on “Allardyce claims Rooney made crime too obvious”