Allardyce: “It’s all down to squad’s attitude” 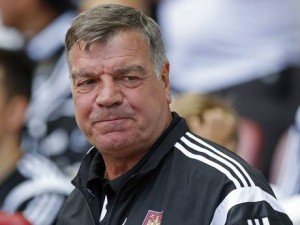 Sam Allardyce has warned the Irons squad that if “they take anything lightly then they can get caught cold” at Ashton gate on Sunday.

He declared: “”It’ll be an extremely difficult game, it always is against lower league opposition, especially away from home. We lost to Sheffield United earlier in the season on penalties, at home in the Capital One cup so we know how difficult it is. Tottenham found it difficult against them too, as did Liverpool against Wimbledon.

“It’s all down to the attitude of the players. Starting on the front foot has always been important in these types of games.”

With only James Collins and Diafra Sakho injured, the manager is happy with his selection options saying:”I’m happy because I’ve got a whole week before we play Liverpool.

On the other hand Steve Cotterill (Bristol City boss) has got a busier schedule, 46 league games in a season and they’re still in the Johnstone’s Paint Trophy as well.

So he’s got a bigger problem than me, and this game on Sunday probably isn’t his priority, probably promotion is. I don’t have a problem playing a full strength elven as we have a full week to recover before we play Liverpool away.”