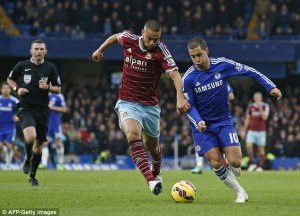 SAM ALLARDYCE has elaborated on Winston Reid’s refusal to sign a new Irons contract saying: “He’s been made a million offers going on for over 12 months.”

But the player has been snubbed and the club has now clearly run out of patience with the Kiwi defender.

Allardyce said: “It’s difficult to think Winston is going to stay. I think he believes he can do better, that he can find a bigger club and financially benefit more than what we’ve offered.

“I find it unlikely it’s not already verbally done. That’s football. But I’ll carry on picking him — why cut your nose off to spite your face?”

High-flying Hammers will only listen to big-money offers for Reid in this month’s window andf speak head of tonight’s FA Cup tie at Everton the manager said:  “What is it, £1.8million a league place?

“You shouldn’t grasp a fee just because you will lose them for nothing in the summer.”