…and now for the bad news 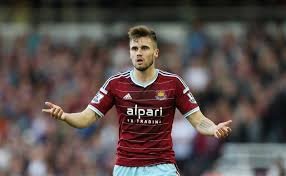 And now for the bad news!

At the end of a near perfect day there was grim news for Sam Allardyce after Carl Jenkinson  hobbled off in the 79th minute.

And afterwards the manager confirmed that the right back again has a hamstring injury which is the continuing story of the player’s season.

Looking bleakly into the middle distance the manager simply confirmed: “It’s a hamstring.”

The on-loan Arsenal right back was first hit with the same injury in pre-season and was forced to pull out of England under-21 duty against Croatia in October.

Now the player looks certain to miss part of the Christmas programme depending on the severity of the injury which will be checked out over the next couple of days.

← Sam’s presser – best bits only!
Sam: “Valencia not as good as he can be” →
Click Here for Comments >

4 comments on “…and now for the bad news”