And then there was one

Just one stand remains standing at the Boleyn ground in Green street.

The 1993 Bobby Moore which held 9,000 supporters has also vanished without a trace being formally the South bank terrace.

Now only the 15,000 West stand remains for demolition until the building of 842 homes can begin to be re-named Upton Gardens.

Barrett London has revealed that a one bedroom apartment at Upton Gardens will have a guide price of £360,000 while a three-bedroom flat will have price guide of £560,000.

Twenty-five percent of the 842 home development on the site in Green street will be reserved for affordable rent and shared ownership and Newham council have stated that will invest around £18m for 10% of the development. 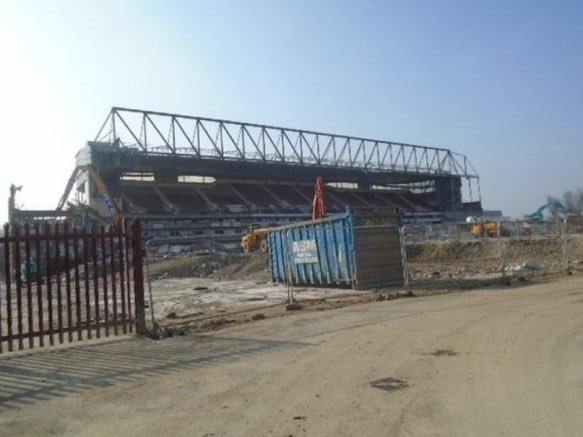 6 comments on “And then there was one”