An Anderlecht fan has been jailed for assaulting an emergency worker during the club’s clash with West Ham, as per BBC Sport.

Joey Degroof was sentenced to eight weeks in prison on Saturday at Croydon Magistrates’ Court. 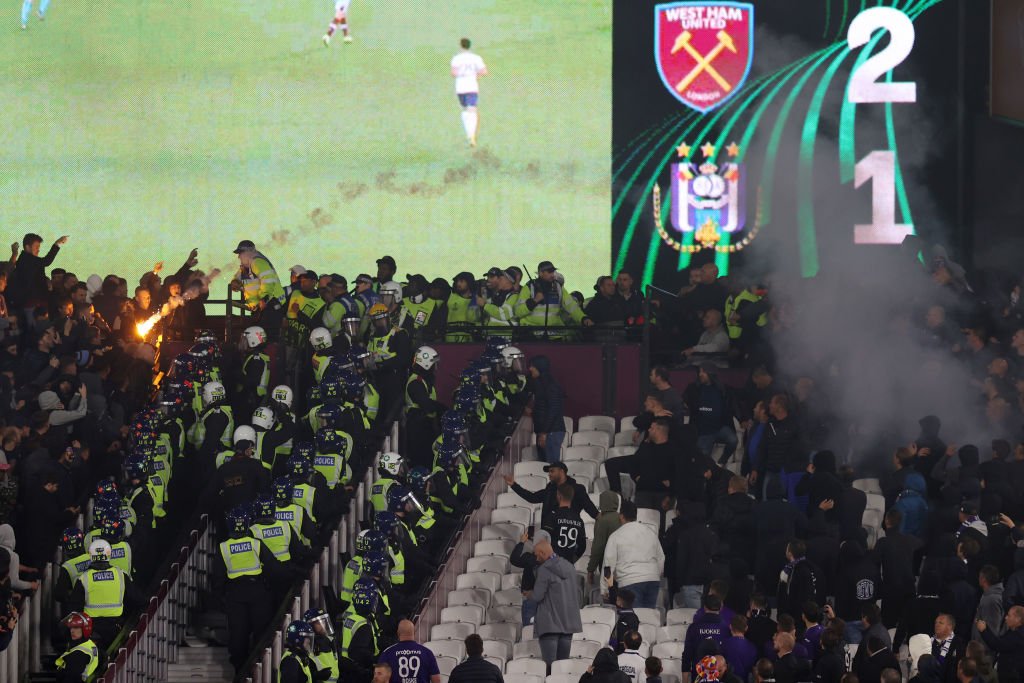 The Belgian club have seen three of their fans sentenced after trouble flared towards full-time on Thursday.

The clash between the two sides ended in a 2-1 win for the Irons, to the chagrin of the travelling faithful, who appeared to set off flares, and also ripped up seats in the away end.

Two police officers, per the BBC, required hospitalisation, with one sustaining a suspected broken wrist and the other needing stitches for a head injury.

There were two further police officers who struck on the head by missiles.

Dean Pierre Daquano was fined £120 for going on to the pitch while Frederik Jules Desnet was fined £200 after being convicted of racially and/or religiously aggravated harassment.

Anderlecht have apologised for the behaviour of their fans.