Anderson and Chicharito on their marks 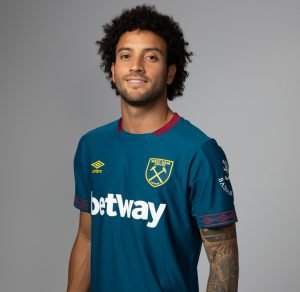 Felipe Anderson is set to get a run out against Angers Sco tonight as the Hammers conclude their pre-season build-up ahead of the Liverpool game.

The club’s record £35 million signing has barely appeared since arriving at the club and manager Manuel Pellegrini hinted after the last match against Mainz that the Brazilian is all set for an appearance.

However, he also said that Andriy Yarmolenko may not be included as the team looks to end the campaign with another win to remain unbeaten in five games.

Chicharito – yet to appear in pre-season – will also be looking for minutes as he bids to state a claim ahead of the tricky opener at Anfield.

And although there has been no definite word about his fitness it is possible that Aaron Cresswell may be available despite having been carrying one of those often difficult  to diagnose groin injuries.

On current evidence Adrian remains the No 1 goalkeeper but Luzasz Fabianskii may be set to take his place in the team tonight.

← Villa would take Snodgrass back
Poll Result: Should Kouyate have been allowed to leave? →
Click Here for Comments >

7 comments on “Anderson and Chicharito on their marks”