Andre Ayew: ‘Maybe an African player can be difficult’

Posted by Sean Whetstone on February 8, 2018 in News, Whispers 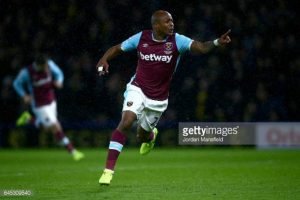 Former Hammer Andre Ayew says African players are proud of themselves and although can maybe be difficult the same applies to  French and English players can be difficult too.

Speaking to Wales Online for the first time since the Tony Henry story Ayew said: “I just know that we African players are proud of ourselves, we know where we have come from and we believe in our football.

“African players is like any human being in the world, everyone is different.

10 comments on “Andre Ayew: ‘Maybe an African player can be difficult’”