Angry Sullivan hits out at sensationalism 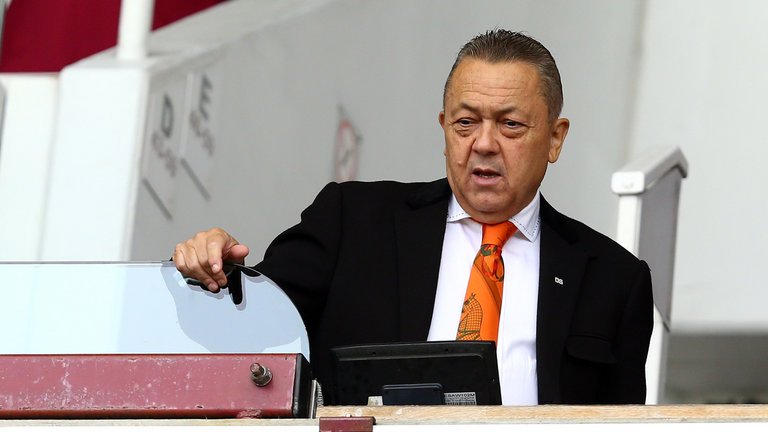 David Sullivan has expressed his anger at what he descibes as sensationalised events outsde the London Stadim yesterday.

And he snapped: “A group of mindless thugs with no intention of watching the game came together outside the ground, and three arrests were made.

I have watched all the videos and as far as I can see, any issues were routine football problems that were dealt with swiftly and safely.”

Speaking to the official site he said: “It is clear that the police were quick and professional in bringing any incidents under control, and although it is something that we must stamp out from football in general, the scenes were certainly not exclusive to West Ham United and London Stadium.

The overwhelming majority of West Ham United and Middlesbrough supporters behaved absolutely impeccably, which is something that seems to get forgotten time and time again.”

The co chairman – in his most outspoken mode added: “I get the impression that there are lots of people out there who want to see the migration to our new stadium fail, and will take every given opportunity, big or small, to knock what we are trying to do.

This is completely unfair on the vast majority of West Ham United supporters who are embracing our new home and making it a stadium to be proud of.

The facilities are undeniably more family friendly than other Premier League grounds, with much better facilities and far superior public transport connections. That’s why supporters are flocking in there thousands, and we have never had consistent capacities like it.

The atmosphere yesterday was the best yet at London Stadium, the support from the stands was magnificent. If we had managed to bag the winner I think the roof would have come off the place!
Any empty seats are down to our current capacity limit of 57,000, and we will also be launching imminently a ticket exchange which means any supporters who can’t make a game because of holidays or travel problems can legitimately sell their tickets to other supporters.
And he congratulated the fans on their  support  saying: “The support you are giving Slaven and his side through a difficult spell on the pitch should be admired. There is no doubt that they can use that to push them onto better results.

Even though a draw was not the result we were after, it is a point on the board and that cannot be sniffed at. The defence looked more solid and we should have nicked the win on a number of occasions.

Dimitri Payet’s goal was simply sensational, and exactly want we want to see from one of the best players in the world.

However, as James Collins said yesterday, we cannot always rely on magic from Dimi to get us out of trouble. The whole team must up their game to get us to where we want to be in the Premier League table.”

← Gold opens up on midfielder he admires a lot
Video: Matchday Vlog →
Click Here for Comments >

3 comments on “Angry Sullivan hits out at sensationalism”