Another Championship defender linked with Irons 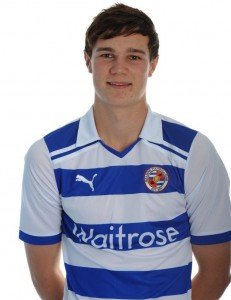 Following the signing of Leeds right back, Sam Byram today and previous success of Aaron Cresswell from Championship side Ipswich, a report in the Times suggests West Ham have their eyes on another Championship defender.

Six foot six, Centre-back Jake Cooper has made 21 appearances this season for Reading which have impressed many in the division.  The 20 year England youth international is contracted until 2018 but the report claims if the Hammers signed him in this transfer windows he would loaned back immediately to the Royals.

Cooper joined the Royals Academy as a 14-year-old in 2009, going on to sign his first professional contract with the club in June 2013, on a contract going through to the end of the 2015–16 season, last October he renewed for two additional years.

The youngster has turned out three times for England appearing twice for the U19’s and once the U18’s.

← Zarate deal not cut and dried
Why Jenkinson won’t be going back! →
Click Here for Comments >

3 comments on “Another Championship defender linked with Irons”