Posted by Sean Whetstone on April 5, 2021 in News, Whispers 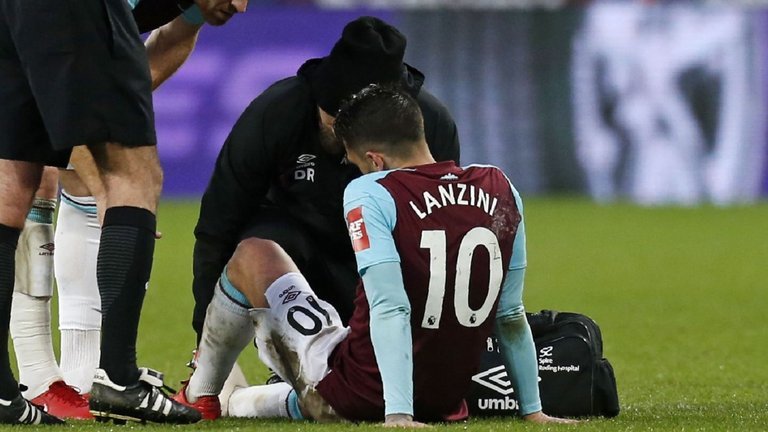 Manuel Lanzini was missing from the West Ham bench today against Wolves after suffering from a knock in training.

While Arthur Masuaku and Pablo Fornals returned from injury tonight the Argentian was forced to miss out.

The news of his injury was overshadowed by the absence of Declan Rice who suffered a knee injury while on International duty in an England game against Poland on Wednesday evening and could be out for a minimum of five weeks.

Darren Randolph, Angelo Ogbonna and Andriy Yarmolenko are still recovering from injuries and not available for selection to David Moyes at present.

David Moyes admitted Michail Antonio felt a tight hamstring and medical staff will get him scanned tomorrow in the hope it is not too serious.

There were concerns Jesse Lingard was also feeling his hamstrings at the end of the 3-2 away win over Wolves but he is thought to have been suffering from cramp.