Another Hammer to make January exit 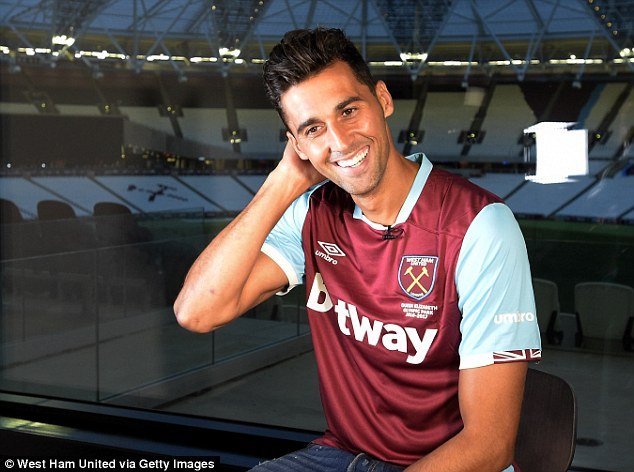 Alvaro Arbeloa has joined the growing list of Irons players heading for the exit door this January.

Slaven Bilic has decided the 33 year old former Real Madrid defender is no longer part of his plans and he will be allowed to leave.

Arbeloa has joined Gokhan Tore and Simone Zaza on the ‘surplus to requirements’ list after making just one EFL and two Premier League appearances.

He appeared against Accrington Stanley and received yellow cards in his two Premier League outings against Southampton and Middlesborough.

Arbeola was signed on deadline day as the club’s need for a right back became urgent but the manager has decided that he will be looking elsewhere in January.

A club insider confirmed the details to us this morning saying: It’s true that Arbeola would be allowed to move on if a club comes for him.”

Meanwhile, the club are continuing to explore the options with Tore and Zaza and both are likely to be leaving in the window as reported.

3 comments on “Another Hammer to make January exit”