Antonio cat is out of the bag

Posted by Sean Whetstone on February 16, 2021 in News, Whispers 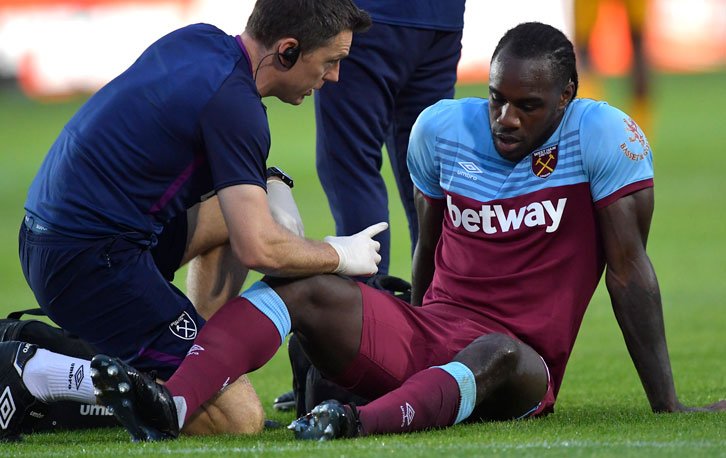 Michail Antonio’s injury is well and truly out of the bag!

David Moyes had been insisting that his only striker was suffering from fatigue but supporters knew this was a smoke screen and the real reason was Mikey’s fragile hamstrings.

Antonio played against Fulham but did not look match fit, he was left out of the FA Cup fifth round tie against Manchester United and was missing again from the match day quad against Sheffield United.

Claret and Hugh understand that Mikey felt a tight left hamstring against Fulham, he pulled up and looked in discomfort before he was substituted.  He has not been able to train fully and remains a doubt for the Spurs game on Sunday according to the manager.

Speaking post match Moyes told reporters “Micky is really important to us and we hope to get him back. It was a big game for us and it wasn’t a risk to play him but we knew that he is in a position where something could happen and I don’t want to lose him for a long period. I hope that he’ll be fine for Sunday but I have no guarantee at this moment in time that that is the case.

The gaffer told the media in his post match interview “We scored three goals and I thought Jarrod, Jesse, and Manu did a really good job in causing problems in different ways tonight. “

9 comments on “Antonio cat is out of the bag”