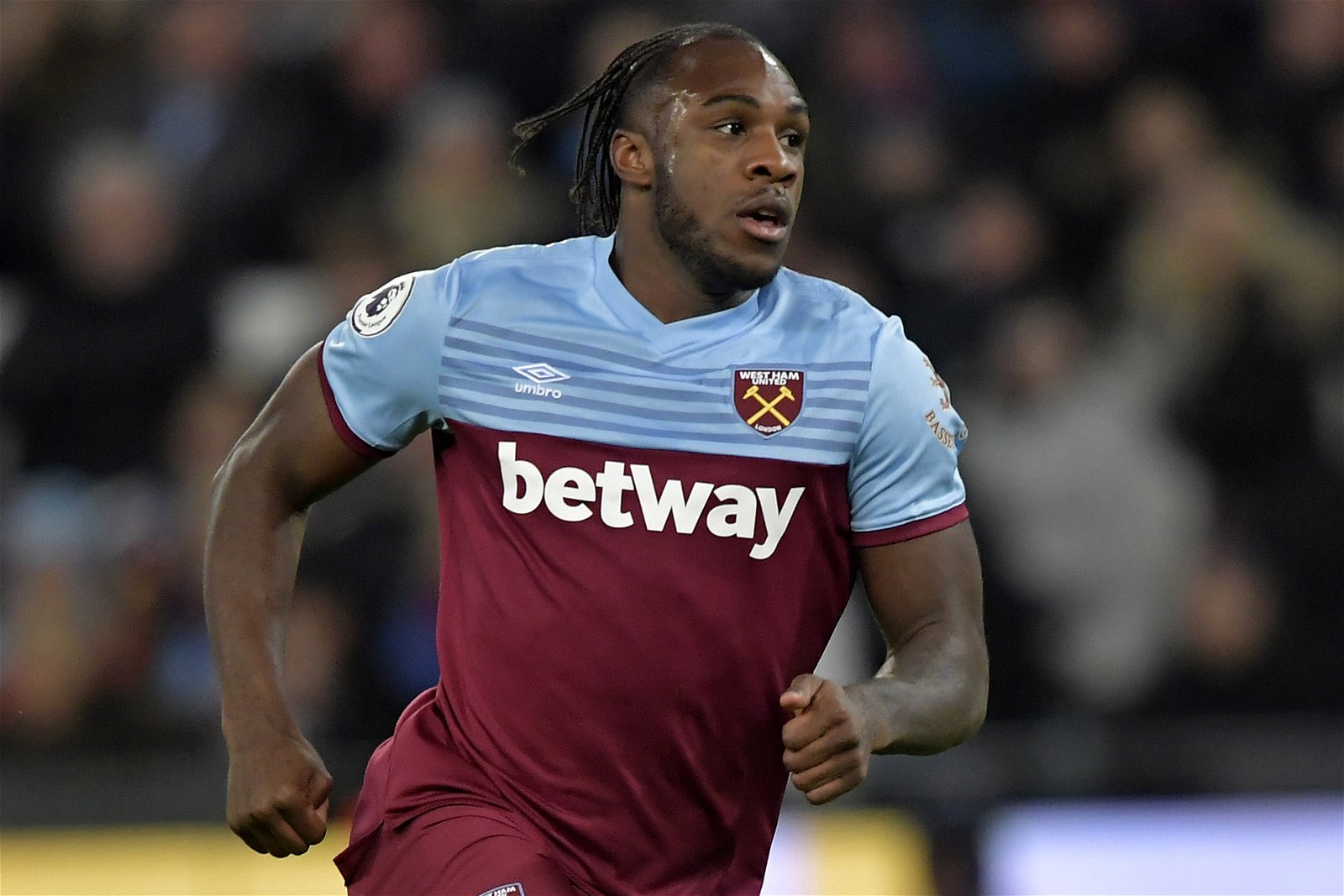 Worries that Michail Antonio may be unavailable for the match against  Manchester City this weekend have been dispelled.

The player left the action in the 77th minute of the game against Spurs to be replaced by Andriy Yarmolenko and, as reported earlier, was later pictured celebrating with his fellow team-mates on the Spurs pitch as we grabbed our astonishing late equaliser with his hamstring heavily strapped with ice .

Antonio has suffered from hamstring injuries  but ClaretandHugh has been told over the last few minutes that he is fine and there is no injury involved.

The ice strapping was applied as a  standard procedure and the 30 year old will be available to lead the attack against pep Guardiola’s outfit.

In fact the entire squad were announced fit by our source who said that there “were merely the usual bumps and bruises” but a fully fit squad will be available to the manager.

One comment on “Antonio confirmation and squad fitness news”