Michail Antonio and Sebastian Haller ensured Southampton experienced Groundhig Day when they arrived at the London Stadium on Saturday to ensure they were hit by the Hammers double act just as they were at St Mary’s.

This time of course the team found the net three times rather than the once earlier in the season to complete a thoroughly deserved double over the south coast team.

The Saints had absolutely no answer to either of them with Antonio in particular terrorising the visitors back line with some penetrating running and brute force athleticism.

A”handful” hardly begins to describe Michail’s contribution to a game which again gives real hope, following a top performance against Liverpool that the Irons are ready to escape the relegation jaws.

But he was particularly sorry that he was unable to convert the rabona pass from his French strike partner which was as good as anything we saw on a top afternoon.

Commenting at https://www.whufc.com/news/articles/2020/march/02-march/michail-antonio-key-was-playing-freely he said: “It was a massive win. Obviously we went seven games without winning.

“We played a good game on [the] Monday and basically brought the confidence from that game into this game.

“The key was keeping the tempo high, finishing the opportunities that we had and basically just pressing and playing free.

“It’s being able to put the ball in the back of the net, and try and stay solid and work together as a team. We pressed high and won the ball high, and I wouldn’t say we had as much possession as they did, but we took our opportunities when we did.

“Obviously the last few weeks we’ve been playing under pressure in the situation that we’re in, and we kind of just, off the performance we had on Monday, realised we can play, that we can do it – and we went out and did it.” 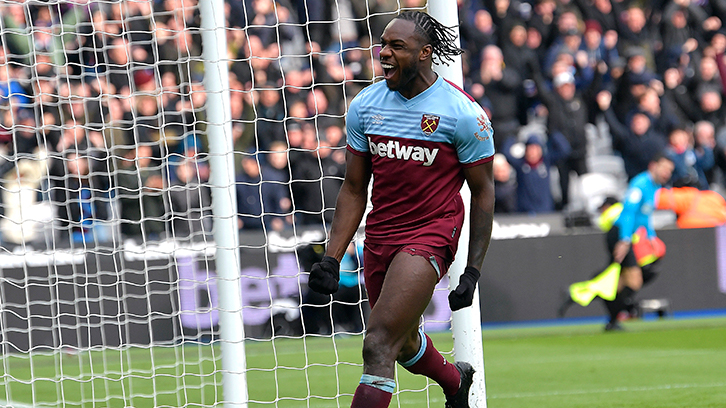 “We’ve got to go out there, have a go, score goals, create goals, and defend and work as a team. Right now we need to have eleven men out there chasing, working hard and just showing what we can do.

“We need to play well and when we get on the ball, keep the ball and believe. When we keep the individual mistakes out, we perform well and we create.

“When he [manager David Moyes] came in, he said he believed we had a better a squad than when he came in the first time, so we’ve got the squad to do it, we just need to perform.”

“I’m devastated for him [Haller] to be fair!” he laughed. “That pass was unbelievable, literally right on my feet, but Alex McCarthy just managed to get his foot to it.

“I’m devastated myself – it would’ve been my third goal this season. I need more goals, to be fair!”

9 comments on “Antonio ‘devastated’ for Haller”