Posted by Sean Whetstone on October 4, 2020 in News, Whispers 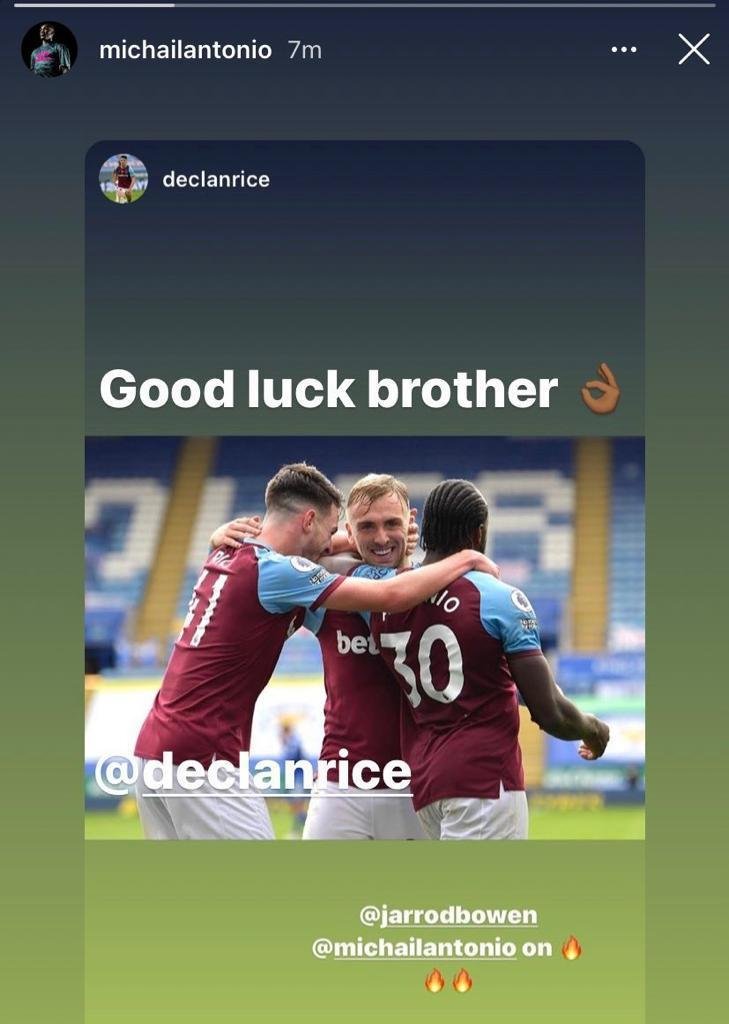 Michail Antonio was forced to clarify a Good Luck message he sent to West Ham captain Declan Rice on Instagram this evening.

Michail posted ‘Good Luck Brother’ which caused a mini-meltdown on social media as supporters read that to mean the 21-year-old defensive midfielder was off.

Speculation has surrounded the Hammer for months with media reports and rumours that Frank Lampard and Chelsea will come for him.

West Ham and David Moyes have made it clear that their star player is not for sale and no bids or enquires have been received.

Rice has been selected for the England squad again with fixtures against Wales, Belgium and Denmark in the International break. 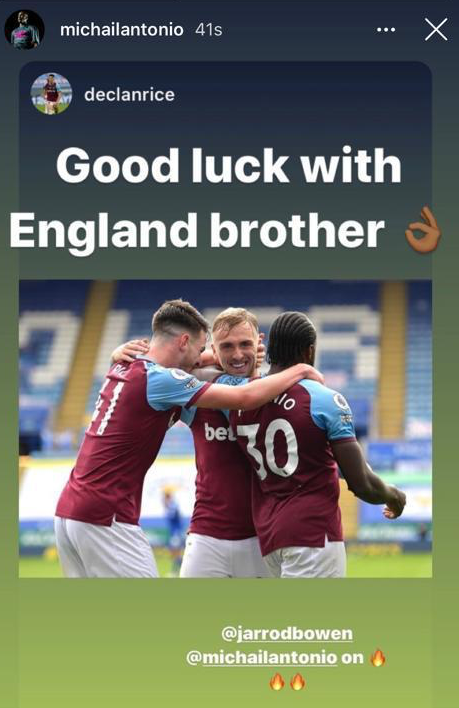