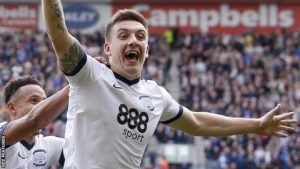 Michail Antonio looks certain to be involved in the Hammers squad for the match at Brighton tomorrow (Sat).

And new boy Jordan Hugill could make his first appearance in claret and blue on the south coast following his £10 million move to the club from Preston North End.

Antonio was left out of the squad against Crystal Palace because of disciplinary reasons having been late for training and on the day of the  match against Palace apparently arriving after believing he needed to report to the ground instead.

He has also been fined two weeks wages also but all is at peace between him and the manager and he looks likely to be involved either wide right either from the start or at some point during the 90 minutes.

The manager may not be ready to break up the Joao Mario/Chicharito partnership which showed  promise during the game against the Eagles.

Sam Byram could be the victim of an Antonio inclusion whilst fit again Jose Fonte perhaps being included from the start t the expense of Declan Rice.