Posted by Sean Whetstone on March 24, 2020 in News, Whispers 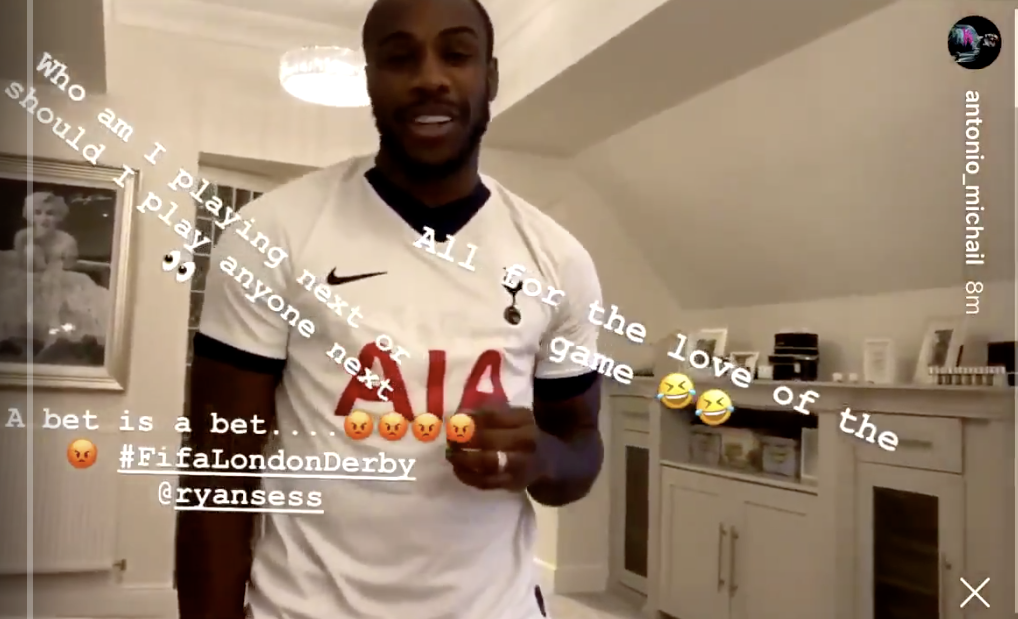 Michail Antonio paid his forfeit in full by pulling on a Spurs shirt however he refuses to tell the Shirt touch his skin by wearing a West Ham shirt underneath it.

He apologised to West Ham fans as he revealed his devastation at losing 2-0 to Ryan Sessegnon’s in a Friday evening Fifa 20 simulation of the London derby.on FIFA2020

The virtual match was broadcast LIVE on Twitch and promoted by the West Ham official website.

“It was embarrassing,” Antonio said on Instagram live. “I‘m really disappointed in myself. I want to say sorry to all the West Ham fans out there who watched me play. It was embarrassing. I am better than that.

I don’t even know what to say. I can’t look at my son. I almost lied to him (about the score).

Sessegnon managed 15 shots on target to Antonio’s two on the Online game.