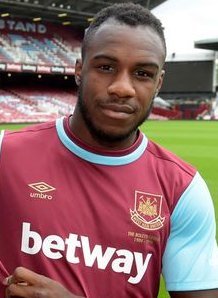 Michail Antonio looks certain to take up emergency right back services at Blackburn in Sunday’s fifth round FA Cup tie.

With James Tomkins sidelined for another three weeks, Sam Byram Cup tied and Joey O’Brien again injured, the problems on the right side of the back four continue as they have done for weeks.

And a source told ClaretandHugh today: “There doesn’t seem to be any other solution and it will be a surprise if Michail doesn’t slot into the job.

There was a suggestion that in the absence of Andy Carroll and Enner Valencia he could start up top but that’s unlikely. He looks certain to be needed at the back.”

That, however, will allow Victor Moses to take his place on the right side of midfield and between them the pair could seriously threaten some pacey action on the Rovers defence.

Emanuelle Emenike – despite a reported knock – is expected to be the only central attacking option available and looks likely to play with Dimi Payet tucked in behind him.

8 comments on “Antonio to answer SOS”