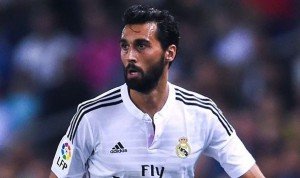 According to Spanish publication MARCA ,  Alvaro Arbeloa has passed his medical at West Ham.

Spanish Jose Luis Calderon claims the 33 year old former Real Madrid passed his medical this afternoon and will now put the final touches to his one year contract with West Ham.

Arbeloa is a veteran of European football with 53 caps for Spain between 2008 and 2013 including the 2010 World Cup finals and over 50 appearances in the Champions League.

He began his career in the Real Madrid academy but joined Liverpool after a successful season at Deportivo La Coruna. He signed for Liverpool for £2.6m in 2007 and made 95 appearances for the Reds before a £3.5m move back to Real in 2009.
Permalink