Alphonse Areola has hailed the impact of Kurt Zouma following his arrival from Chelsea.

The central defender has taken to life in east London like a duck to water, proving to be a real asset in central defence. 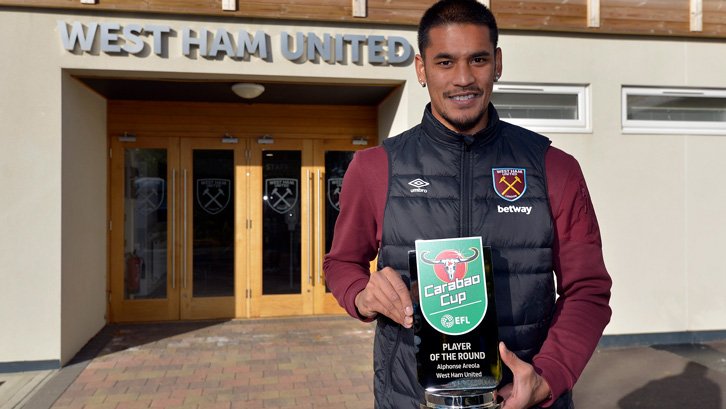 Zouma has already made nine appearances in all competitions, although it remains to be seen if he will play on Thursday evening against Rapid Vienna, as manager David Moyes is likely to rotate.

That could mean that Areola plays too, with Lukasz Fabianski perhaps afforded a rest, and the PSG loanee has been impressed by the way his compatriot has adapted to life in east London.

Indeed, the pair know each other well from international duty and Areola told the club’s official website: “Of course, I’ve known him for a while.

“We played together in the French youth teams and before he signed, I knew that he would be a good player for us as well, who would help the team a lot, help the guys to win games and bring a good atmosphere to the group as well, and just help the team.”

The clash with Vienna will take place behind closed doors due to a poor COVID-19 vaccination uptake in Austria, but Areola is confident that the Hammers can cope with there being no supporters in the stadium.

He added: “Of course, every European game is really good to play in, and it’s nice as an experience for the player as well.

“It’s good because you travel a lot as well, and it’s been a good atmosphere every time I’ve played, so as the Gaffer said, it’s a bit of a shame that we will not have fans on Thursday, but we will have to deal with that.

“We heard a lot about the crowd and atmosphere here, but it’s like that and we’ll play the game and enjoy the game as much as we can.”