David Moyes has problems to solve as West Ham prepare to face Brentford.

The Hammers lost 3-1 to Arsenal on Boxing Day to extend their losing run to four games. 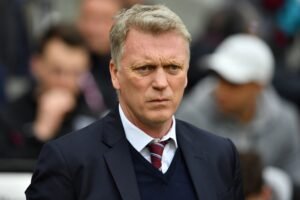 The Bees clash is a huge one, and Moyes now has to make a call over his starting XI.

Lukasz Fabianski conceded a very poor goal when he allowed Gabriel Martinelli’s strike from an acute angle to slip into the bottom corner, nor was it his first error of the season.

Alphonse Areola was signed in the summer to be a backup but one has to wonder if the France international’s time is now; he could be brought in to the XI for the upcoming London derby.

There was also a very erratic display from Thilo Kehrer at centre-back – he has not looked comfortable in that position, nor at right-back – and there remain question marks over his ability to play at the highest level.

We’ve got to hope, then, that Moyes has the option to bring Nayef Aguerd into the XI, if he has recovered from the injury he sustained while impressing for Morocco at the World Cup.

And Vlad Coufal was twice at fault for Arsenal scoring at the Emirates, so there may be a question over his selection too; Ben Johnson will naturally be hoping for a start.

7 comments on “Fabianski, Kehrer, Coufal: Moyes has problems to solve”