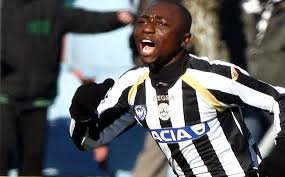 Claretandhugh understands that talks have been going on throughout the day with the player’s agent and that a deal is now starting to look possible.

But everybody at the club was keeping their cards close to their chest having already had problems in losing striker Lacina Traore earlier in the ‘window’ and seeing St-Etienne Max Gradel’s potential move founder earlier today.

However, a well placed source close to the negotiations said the club was hopeful it could get the deal done before the end of the day.

Armero is still in Napoli and should the two sides agree will have his medical in Italy before travelling to the United Kingdom.

And there will be no problems with a work permit as he has played in 93 per cent of Colombia’s internationals.

The pacey and powerful 27 year old was described as an outstanding operator by a source close to the deal.

He told us exclusively: “It will be a superb signing for West Ham and everybody is working hard to get it done but like all these things it’s in the balance.”