Arsenal have been linked with a potential swoop to sign Declan Rice this summer.

The Hammers are almost certain to lose the England international at the end of the season, ahead of a potential move to a top Champions League club. 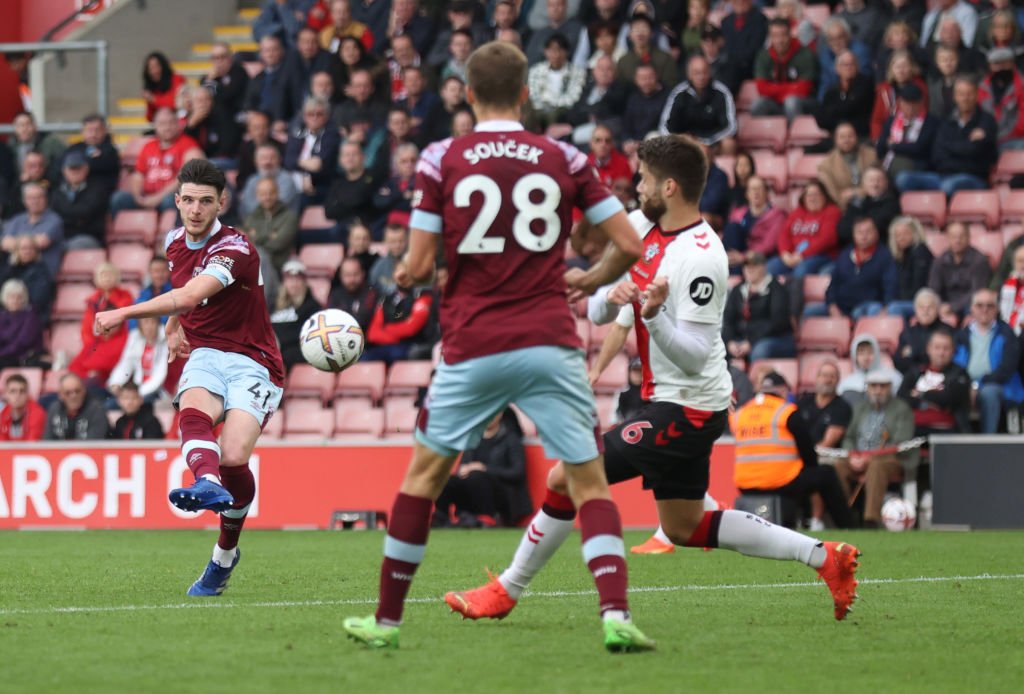 The Gunners are currently top of the Premier League table, with a shock seven point lead over second-placed Manchester City.

There have been heavy links with the likes of Chelsea and Manchester United, but it seems that the Gunners could also enter the bidding war to sign Declan.

The Sun carries a report from CBS Sports journalist Ben Jacobs, who claims the Gunners are monitoring developments and could look to enter the bidding to sign Declan.

He would cost in excess of £100m if he were to leave the Hammers and it remains to be seen if Arsenal are willing to go to that level of investment for the Three Lions ace.