Arsenal set for huge boost ahead of Hammers

Arsenal are hopeful that Bukayo Saka will be fit for the Premier League clash with West Ham this weekend, according to the London Evening Standard.

Saka was substituted during last week’s win over Manchester United, having gone into the game with a knock. 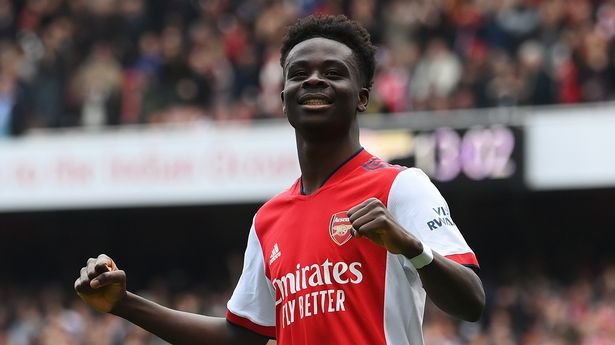 But the report states that the substitution was a precautionary one, with Mikel Arteta hopeful that the England international will be fit to play the Hammers.

Saka has been in excellent form this season, scoring 11 goals and laying on five assists in 33 league games.

Arsenal, of course, have plenty riding on this weekend’s clash, with the Gunners now leading the race to finish in the top four.

They go into the game fourth, two points ahead of fifth-placed Spurs, although the two sides have to play each other during the run-in.

Having Saka fit would be a major boost for the Gunners, especially as they prepare to face a Hammers side who are in action on Thursday evening against Eintracht Frankfurt in the Europa League.