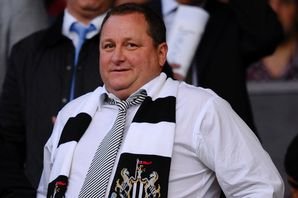 Newcastle United and Sports Direct owner Mike Ashley has been heavily  criticised by fans after a number of supporters were charged for their next season ticket, despite the suspension to the Premier League.

The BBC reports that the Newcastle United Supporters Trust (NUST) had called on the club to suspend the scheduled payments “during this incredibly difficult time”.

Some fans were charged £620 on Wednesday, they said, describing the situation as “incredibly disturbing”.

The Premier League is currently postponed until 30 April at the earliest due to the coronavirus outbreak.

A statement from NUST claimed talks were held with the club on the subject this week.

“Newcastle United contacted us earlier today,” NUST said. “The club stated it has no intention of freezing or delaying payments, both for those that pay annually and monthly.

“Newcastle United can still act now and provide much needed support and relief for their fans that are in financial difficulty due to this global emergency.”

It is understood the supporters affected were warned in advance that payment would be taken, and that it was the usual payment schedule for those who are on the long-term, price-freeze package.

ClaretandHugh says: Now that truly is entirely unacceptable and Mike Ashley has set a disgraceful example at a time when League chairman are moving heaven and earth to find a way through what looks like an impossible position currently. Things are going to get a lot worse before they get better and this behaviour simply makes us sick. Rather than insisting on taking the cash.,Newcastle and we hope West Ham will offer a pay holiday as has been the case at Brighton and Hove Albion. With agents set to sue for unpaid commissions and pay cuts among the players being sought by the Premier League, the decision to – lets use the expression – rip off  fans is totally abhorrent . People are losing their jobs, others being aid off, some might become victims of this terrible disease. What is going on in Ashley’s head defies description. He has made dreadful days horrific.