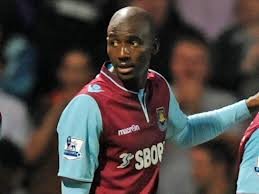 West Ham United and Alou Diarra have reached a mutual agreement to terminate the midfielder’s contract.

In a short statement on WHUFC.com it said “West Ham United can confirm that the Club and Alou Diarra have reached a mutual agreement to terminate the midfielder’s contract and registration with immediate effect.”

ClaretandHugh had indicated on early yesterday morning that the player was set to leave when we said: “West Ham are understood to be ready to do a deal with Alou Diarra which will see him to leave the club.”

We added: “And with just a year left on his deal, the 32 year old  could be offered a pay-off by the club as it looks to free up more wages for incoming players.

He is believed to have had around £2m of wages remaining on his last year of contract.