Benny reckons things are turning from black to grey 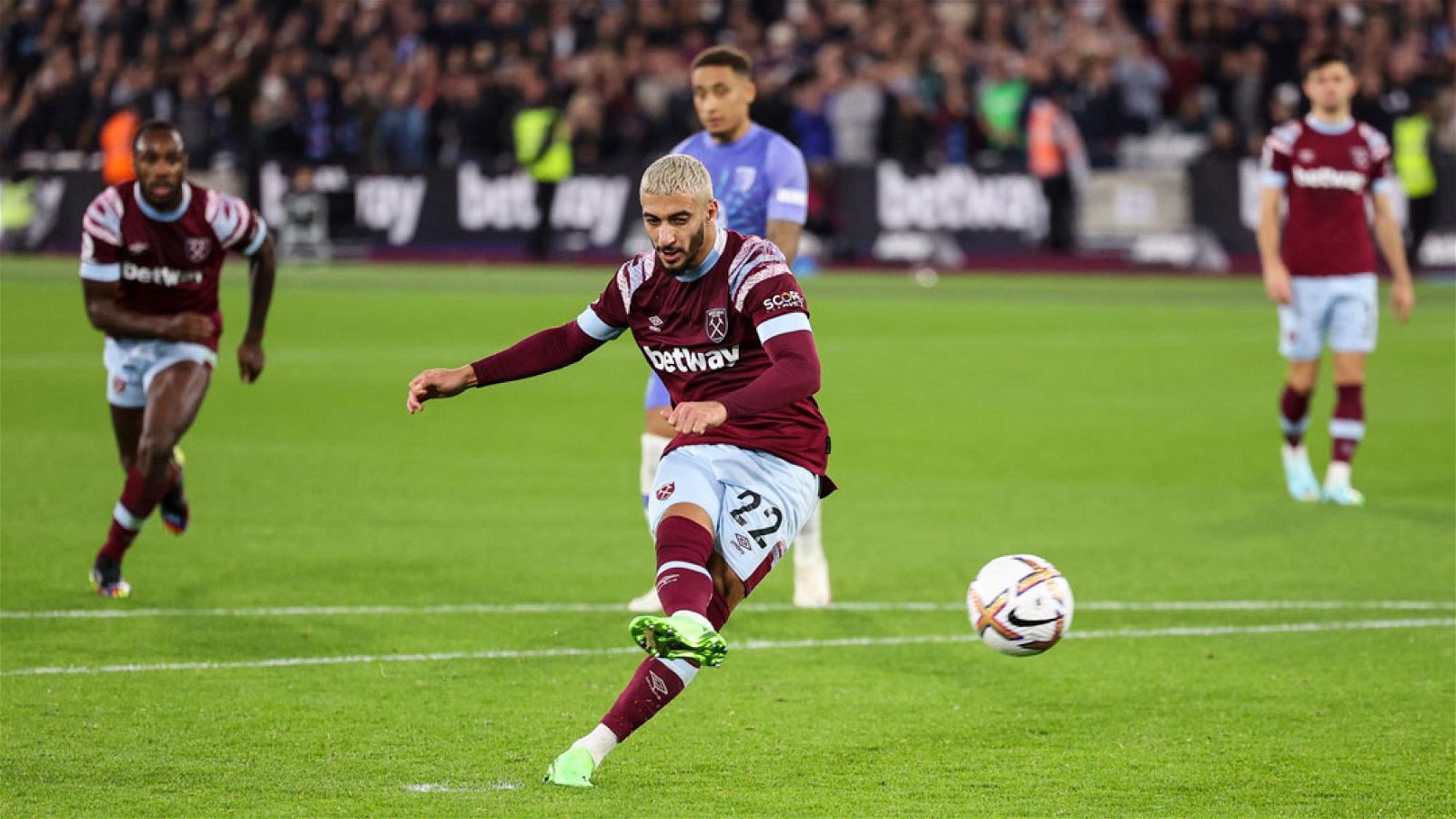 Said Benrahma – like most good professionals – chose not to celebrate his goal against a former club.

That must have taken some doing because his 25 yard strike against Brentford was a worldie.

However, he refused to give it a big one whilst admitting to www,whufc,com afterwards that he couldn’t have been happier with the finish.

And he believes that confidence is growing in what he believes is a very good Hammers side as results have picked up over the last couple of games.

Were the vote to be taken now, Benny would probably be named Player of the Year such has been his form in a team which has so far under achieved.

The popular No22 insists that, having shown plenty of character and the ability to score goals in their two most-recent matches, things are turning in the right direction.

He also believes that after the recent tough times things may be changing from black to grey which is a particularly nice turn of phrase.

He said: “It was difficult because we finished badly [before the World Cup], and we started badly [after the break], so we hope to reverse that trend,

“We have to have confidence in ourselves, because we are a very good team. We have to continue like this, work even harder. I think the wins will follow and we have the players to [do so]. We have all tools to do great things.

“Before it was black, now it’s become grey. Little by little, for [the situation] to become white, we need to win games, step by step and we’ll get what we want, what we deserve, because we don’t deserve to be where we are, because we have a very good team, a very good group, so let’s hope that this dynamic continues. We must go and get those victories!”