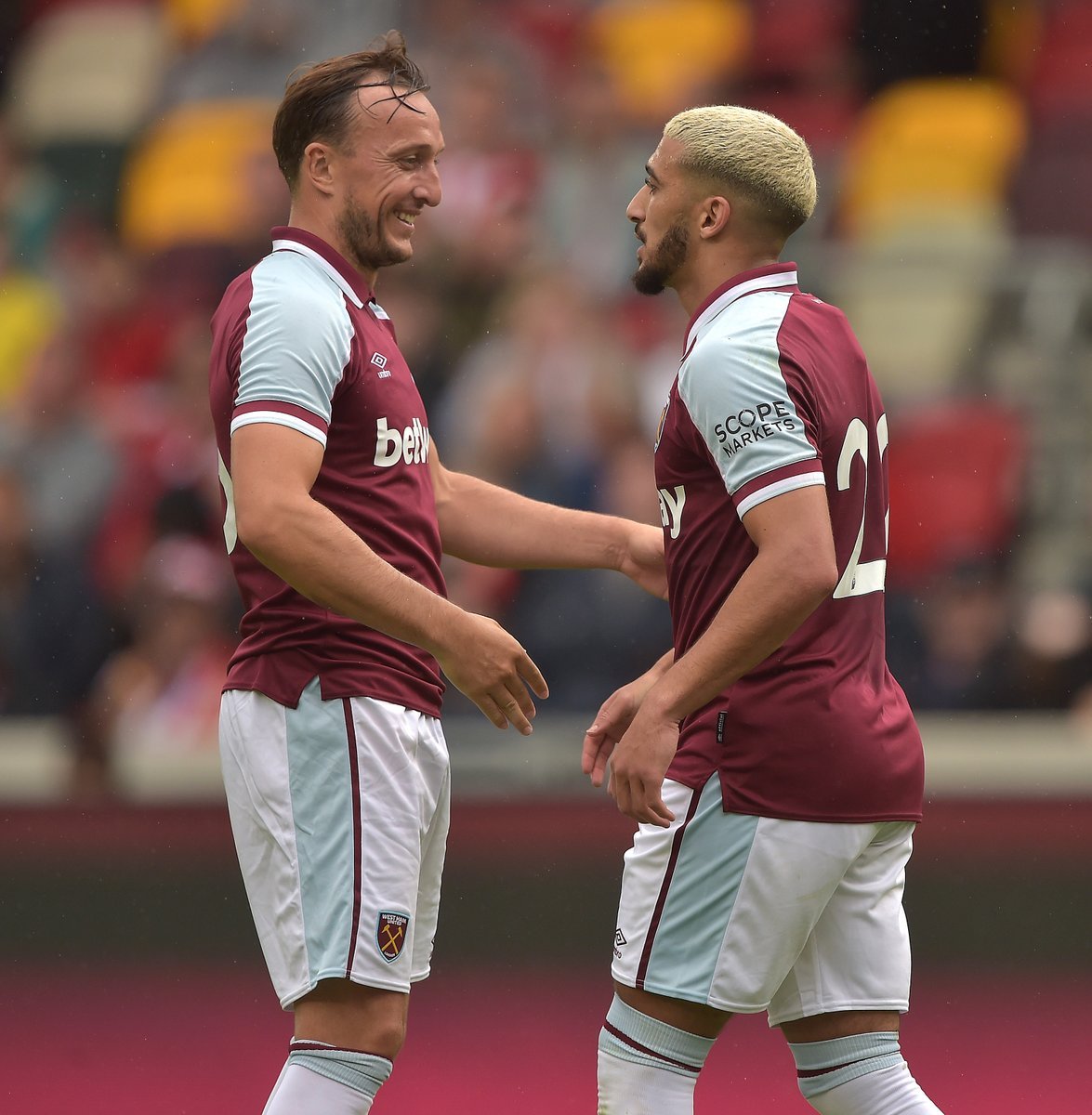 Saïd Benrahma’ amazing goal on his return to Brentford was the decider on Saturday afternoon at the Brentford Community Stadium.

The game was watched by 500 Hammers fans who made the journey to West London for the clash with the Premier League newcomers.

Michail Antonio had the ball in the net in the first half, thumping home from close range after Benrahma cut back a deep free-kick. An offside flag cut shot any celebrations, however, and 0-0 was how it remained going into halftime.

The Hammers took the lead midway through the half thanks to a moment of class from Benrahma.

The Algerian had one thing on his mind when he received possession 25 yards out, taking a touch to create space for the shot, which he bent over goalkeeper David Raya’s dive and into the top right-hand corner.  He showed most class by refusing to celebrate against his former club.

Brentford’s Shannon Baptiste hit the post five minutes later, smashing a shot from the edge of the box against the upright with Fabiański helpless.

Antonio also fired wide on the break as both teams continued to push, but it was Benrahma’s sublime goal that proved to be the difference.

West Ham remains unbeaten in their pre-season friendlies with the Betway cup at the London Stadium their final test next weekend.

Saïd Benrahma with a stunner against his former side! 🔥

Brentford lose possession in a dangerous position and the West Ham man is on hand to curl the ball into the top corner 🎯 pic.twitter.com/86Nxz5WD8z