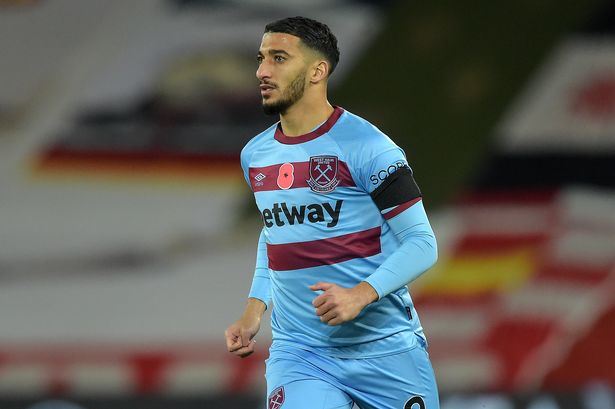 Manager David Moyes regularly decided to play it cool on Said Benrahma’s performances since he arrived from Brentford.

He has time and again made it clear that the  £25 million signing from Brentford needs time to adjust to the Premier League.

Quite how long is a mute question because this far he has made 31 appearances – some very brief to be fair – and is without a goal whilst failing to make a serious impact in most games.

He had his best chance to score his first goal for us yesterday afternoon when he rose unmarked to head wide from a beautifully lofted ball from Pablo Fornals.

Without being harsh it was an awful miss which should have been buried with the minimum of fuss.

But that wasn’t the only problem because his entire afternoon was an exercise in flattering to deceive and one dreadful stat will cause grave concern to everybody.

He lost possession of the ball 17 times throughout the match (SofaScore) and failed to have a telling impact on the game.

At the price we paid this really shouldn’t be a learning and adjustment Premier League experience.