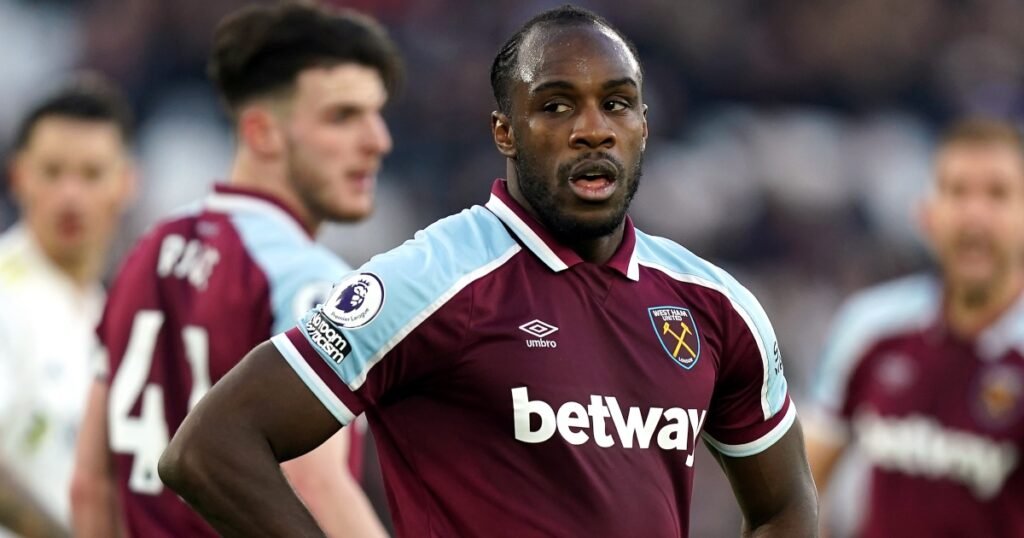 David Moyes hasn’t entirely ruled out Mikey Antonio from the game against Anderlecht at the London Stadium this evening.

The No 9 was believed to be suffering from flu but Moyes suggested at his pre-match presser that he may be available.

Mikey has missed a couple of days training so the manager will check on how he is feeling before deciding whether he will face the Belgian side at London Stadium.

The Hammers are not expected to have anything near a full capacity this evening for a game which could see them remain at the top of Group B.

A key insider told Claret and Hugh that it was more likely that around 40,000 would attend the game.

The boss is likely to use the depth of his squad once again, having made nine changes to his side that took on Anderlecht in Brussels a week ago, and he is thrilled to have that strength in depth at his disposal.

Speaking in his pre-match press conference, Moyes also offered updates on Nayef Aguerd and Maxwel Cornet, who continue to make their way back from ankle and calf problems respectively.

“I think most of the players are fine,” Moyes said. “Micky Antonio has had a wee bit of a cold or the ‘flu maybe, which has kept him out of training for a day or two, so we’re a little bit unsure on him.

“We’ve got a couple of knocks and niggles, but hopefully we’ll be okay.

“We want real competition here, which I think we have at the moment. We’re beginning to get an even stronger group of players who have been doing well.

“We want to qualify first and foremost. Even better than that would be to win the group because it would knock a couple of games off, but look, there is good competition and we want everybody to be involved in it.

“Aguerd is beginning to make his way and is doing quite a bit out on the grass. I’m hoping next week he might join bits of the football, that’s the plan if we can.

“He’s a pretty good specimen, so he’s one I might try and push on quite quickly if the ankle [is fine] and I’m getting the permission to do so. We need to get him a couple of U21s games and things like that too, so that’s part of it.

“Maxi Cornet had a small calf strain and I’m hoping he’s going to be okay – maybe in the middle of next week we can get him on the pitches with a bit of luck.”

← Cottee ‘genuinely excited’ about one Hammer
Liverpool and Rice? It doesn’t add up →
Click Here for Comments >