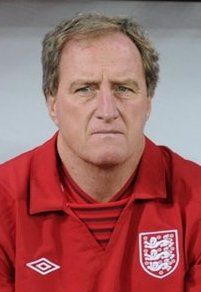 Stewart Downing’s international hopes received a new boost today with the news that he was watched by England assistant boss Ray Lewington (right) at the weekend.

Downing marked Steven Gerrard out of the game against Liverpool and earlier today spoke of his hopes of an England recall.

Since then ClaretandHugh has discovered that Roy Hodgson’s number two got a close look at his outstanding performance against Liverpool.

Speaking over a range of topics in a CandH exclusive, Sir Trevor Brooking said: “Ray was at the game and couldn’t have helped, I would have thought, but be impressed by Stewart’s performance.

“He is playing really well at the moment and although Roy is using younger players Stewart certainly isn’t out of the age range at 30.”