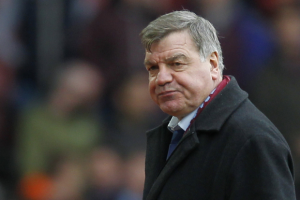 West Ham may send a SOS call to Sam Allardyce as the club rushes to make arrangements to replace Slaven Bilic.

ClaretandHugh has discovered that alongside a plan to approach Guus Hiddink as a possible caretaker boss Allardyce too is in the frame for what would be a dramatic return to the club.

The Hammers have put out several calls to potential candidates but Hiddink and Allardyce are currently the most serious runners in the race to replace the Croatian.

The club fears that at 70 years of age Hiddink may not be interested in returning to the game after his last interim spell as Chelsea boss in 2016.

And we were told that although there were various balls in the air, Allardyce’s name was most definitely on one of them!

After his England departure and the ensuing spell at Palace Big Sam said he had no intention of seeking another job, in what was interpreted as a retirement announcement.

However in July he did a half u-turn saying he would be open to an international management position, but not another club job.

Whether he would be prepared to complete a full u turn remains to be seen as the Hammers make desperate moves to set their season on course.

← Fonte: ‘It’s not only the manager, it’s the players as well!’
Westley looks for U23 cheer against Chelsea on Sunday →
Click Here for Comments >

14 comments on “Big Sam may get Hammers SOS call”