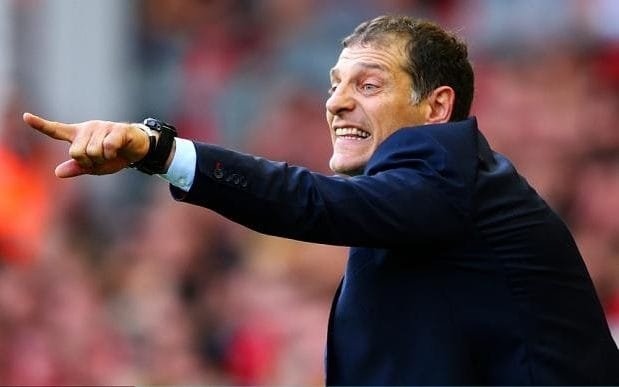 Slaven Bilic is still unready to discuss a new deal with the Hammers board despite the turnaround in the team’s form.

But should the club continue to head out of trouble it’s a given that a one or two rolling contract will be an offer towards the end of the season.

Bilic himself wants no distractions from the job in hand and has made it clear he would sooner put the issue aside until the end of the season.

The club are aware of the incredibly difficult season the manager has endured with the switch to the London Stadium and the unexpected early problems involved as a result.

And they have been mightily impressed with his handling of what was described as the “unbelievably difficult” circumstances surrounding the Dimitri Payet situation.

Few clubs have faced such a problem with a star player “striking” in mid season but Bilic’s handling of it was described to CandH and “admirable.”

With the team now having played so well over the last two games and acquired 28 points, relegation fears are receding fast the manager now looks entirely safe.