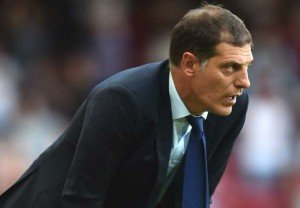 Manager Slaven Bilic was thrilled with the team’s reaction after they went behind but was disappointed with the second half performance.

He said: “We showed a great reaction after they were one up. In the first half we were very good.

“I wasn’t happy with the second half because I expected us to be better on the ball. In the end, well done for the players.”

Commenting on Darren Randolph’s mistake which led to the Liverpool equaliser, he said: : “It’s the nature of their job – when they make a mistake it is obvious.

“He made a mistake but after and before he showed real quality and he was crucial for us in moments when they had a chance or two.”