Bilic eases the pressure on himself 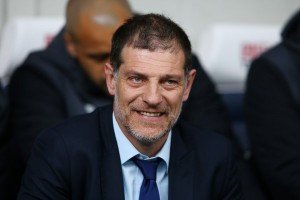 Slaven Bilic did himself a power of good and strengthened his position as boss as a result of the clever 0-0 draw against Everton last weekend.

There is still work to be done of course but the brilliantly organised defensive performance carried out to perfection by a motivated team at last brought smiles.

And key insiders recognised that in a desperately difficult situation with injuries, the manager got his tactics spot on and with more firepower could have won the match with a degree of comfort.

We were told by a key insider: “We have been looking for a good displays as well as results and that was one of our best despite it being a nil-niller.

“And you have to be honest and say it was down to the manager who came up with a terrific game plan. He did hmself some good

“It was good to see Havard (Nortveidt) playing in his best position and the formation was spot on all round. Masuaku and Collins got most of the mentions  but we were solid everywhere.

After recent performances it was a really encouraging 90 minutes and the manager certainly lifted any pressure he may have been feeling – now we want to see more of the same over the last four games.”

← Reid tells how Lukaku was kept under lock and key
Bilic doesn’t want to turn the radio on! →
Click Here for Comments >

One comment on “Bilic eases the pressure on himself”