Bilic gets hands off Diang warning from Irons 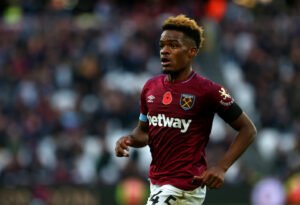 Speculation has been doing the rounds the former Hammers boss would be ready to go to £15 million for a player whom the Baggies fans have taken to their hearts since he arrived at the Hawthorns on loan.

Bilic knows the player well from his Irons days and is believed keen to snap him up  but the Hammers are disinterested in any proposals at this stage.

All clubs are looking hard at the home market with no football being played, and no revenue streams as a result, but the Hammers are keen to hold on to Diangana anyway.

We were told by a senior insider by e-mail: “Obviously there can be no decisions made of that sort given the current circumstances.

“But Grady was sent to West Brom to gain regular first team football and that’s what he has been getting when not injured. In the present circumstances we have no interest in selling him.”

One comment on “Bilic gets hands off Diang warning from Irons”